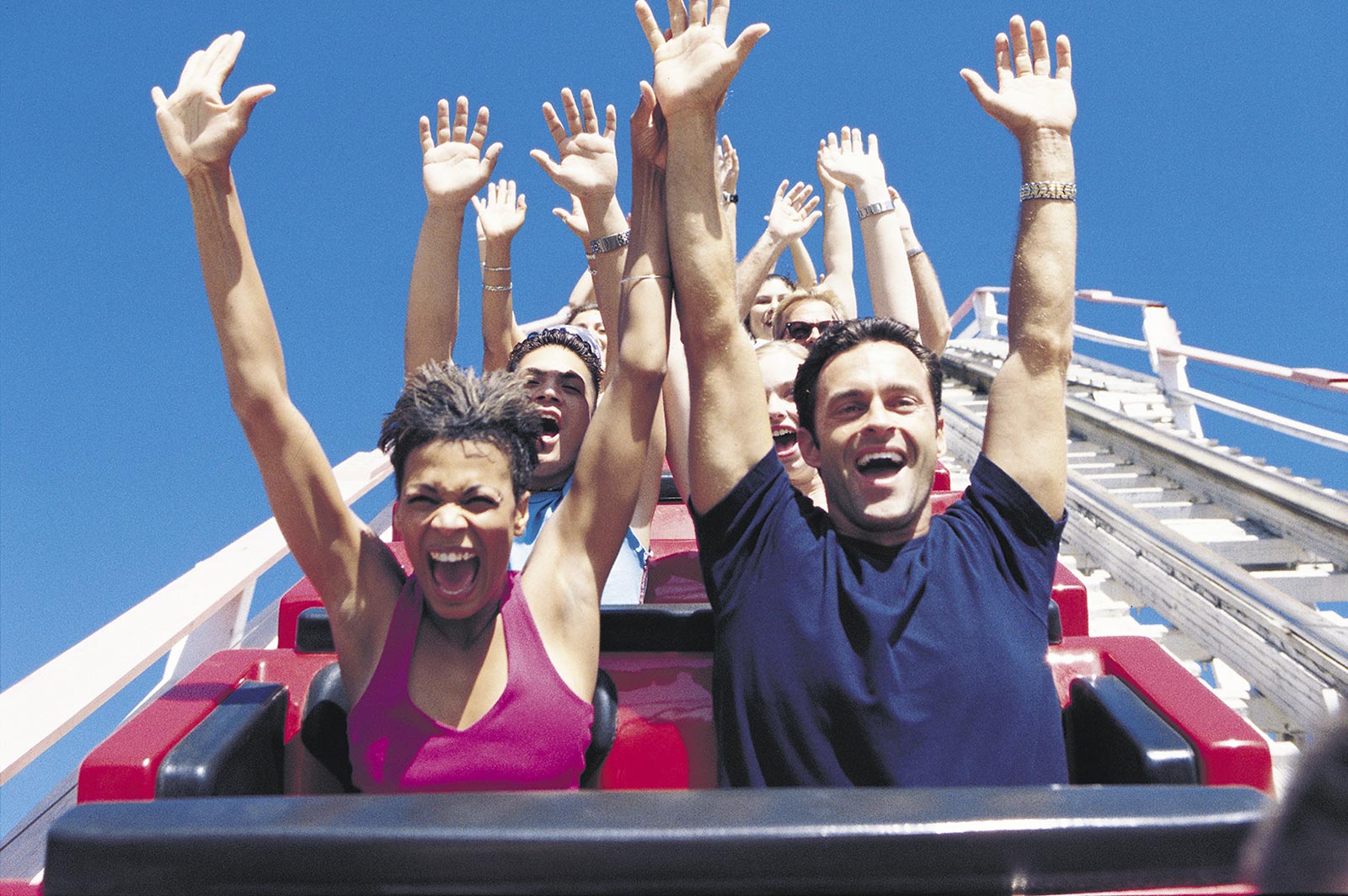 The Gurnee amusement park features 17 roller coasters (including Maxx Force which is slated open in the summer of 2019), amazing live shows, fireworks, delicious dining options, 11-themed areas with other fantastic rides and tons more of excitement. Hurricane Harbor is highlighted by 25-water slides, a 500,000-gallon wave pool, Skull Island: the world's largest interactive water playground and so much more.

The innovative fun zone is always pushing the envelope. In 2015, Goliath became the Guinness Book of World Record's steepest, fastest and tallest wooden roller coaster on Earth. Click here to learn more about Goliath's record-breaking day. JUSTICE LEAGUE: Battle for Metropolis is a 4D interactive ride in the Southwest Territory added in 2016. For the 2017 season, the Gurnee amusement park will unveil THE JOKER, which is a maniacal, magnetic coaster that will become the neighbor of BATMAN: The Ride (go figure). In the summer of 2018, the Gurnee thrill park unveiled the world's largest loop coaster entitled Mardi Gras Hangover. The looping ride is 100 feet tall!

Lastly and surely not least, Maxx Force is the new coaster planned for 2019. The ride is the park's 17th roller coaster will break three records as the tallest and fastest inversion coaster in the world as well as the fastest acceleration in North America taking riders from 0-78 mph in 1,8 seconds.

Six Flags Great America is also known for Fright Fest. Fright Fest by SNICKERS is the Halloween capital of Lake County boasting thrills by day and frights by night as the park is transformed into a haunted haven from mid-September to late October.

The Gurnee attraction launched the inaugural Holiday in the Park in 2018- a month-long holiday festival to end the year. The fest will return in late November through the end of the year. If you have a season pass, admission is included. The park celebration will be dressed in it's holiday's best dressed in LED lights and feature special shows and holiday eats. The rides will run weather permitting.

Experience two great parks in one destination at Six Flags Great America & Hurricane Harbor. Explore a world of thrilling rides, a slew of serious coasters, great dining treats, charming live entertainment, an undying tribute to Looney Tunes and DC Comics and so much more at this renowned mainstay. Take a tour of the Gurnee theme park above, and peruse through the guide below.