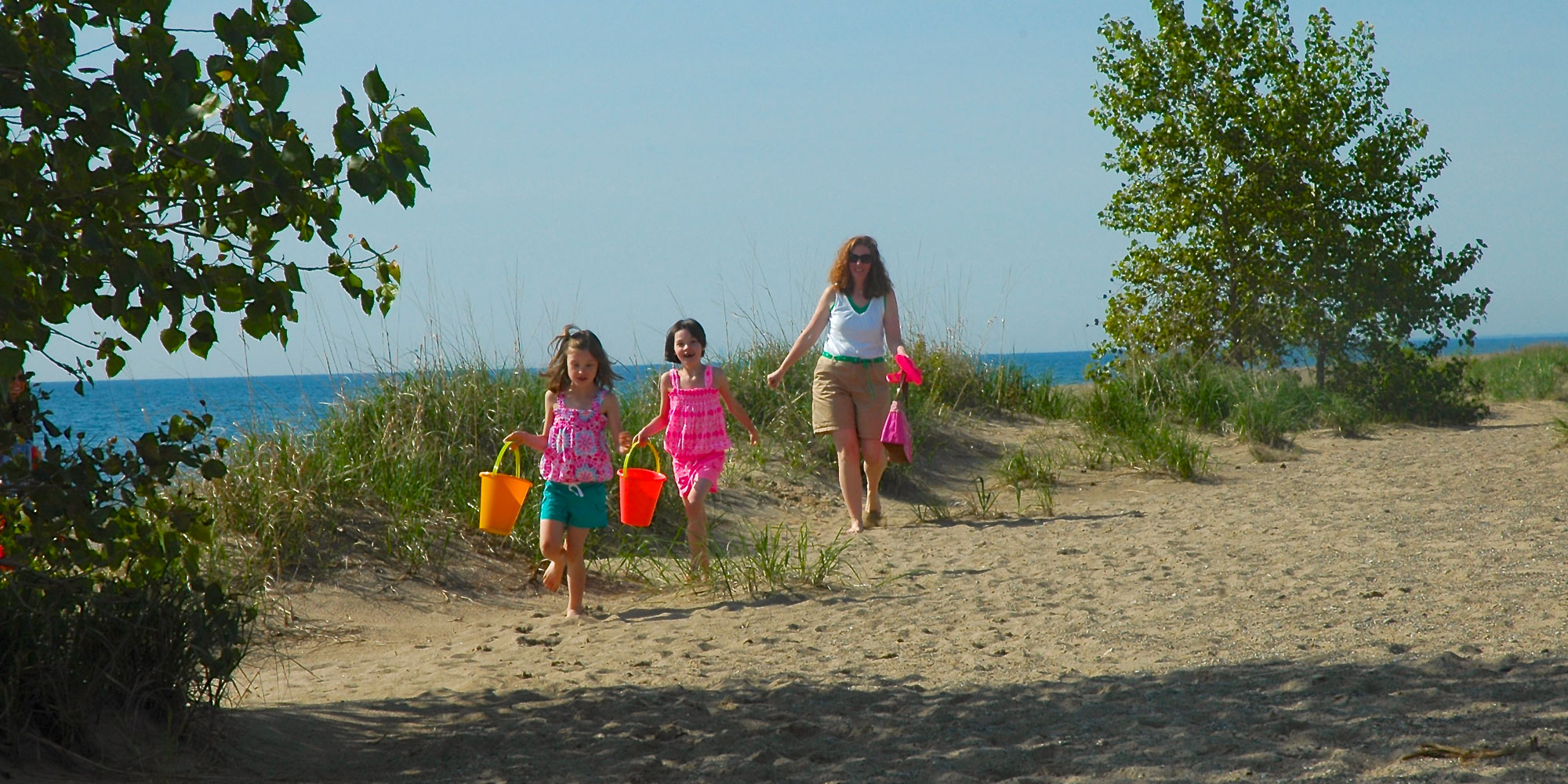 "Where the days are longer, the nights are stronger than moonshine..." 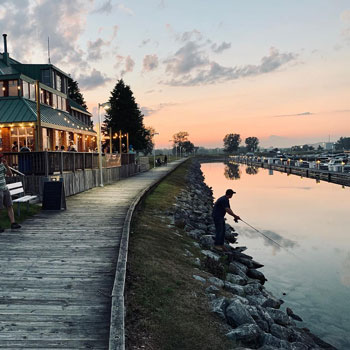 Route 41 is highlighted by miles of trails for hiking, biking, running and exploring as well as a nautical on the Great Lake. After a road trip journey, visitors can indulge in craft brews along the Lake County Libation Trail™. This itinerary is equipped with a forest preserve, an Illinois state park, two harbors, the country's lone Navy boot camp facility and a defunct military base, all showcasing breathtaking views. Birders can rejoice as over 300 species make their residency in the land of lakes.

You can even take a selfie at the end of Amstutz Expressway in Waukegan before Batman disappears into the Bat Cave. Or you could try to escape Punxsutawney, PA like weatherman Phill Connors attempted to do in "Groundhog Day." The end of this expressway is where the 2005 film 'Batman Begins' was shot. Travel along the coast of Lake Michigan where it's "cooler than a polar bear's toenails."

History is rich in Lake County, and so are the memory makers you can create. Rise with the sun  from your rested stay at The Inn on Sheridan, an independent boutique hotel that offers beautiful comfy accommodations in the heart of downtown Zion. It’s only blocks from the Lake Michigan shore and Metra Rail service. Grab a cup of joe at Callie's Coffeehouse & Boutique for unique items and the perfect sip of ice java, or order a bite to eat at Bailey's Corner Pub for exceptional bites and delicious cocktails.

Explore northeastern Lake County at one of Lake County's two state parks - Illinois Beach State Park. Known for its dunes, walking trails and birdwatching, you could spend several hours building sandcastles and soaking in vitamin D. The 4,160-acre park offers ample outdoor activities, including swimming, boating, picnicking, hiking, fishing and camping. Then ead north to Harbor Brewing Co.'s Lakefront Biergarten and quench your thirst. This Lake County Libation Trail partner is a highlight of one of our many micro-breweries. 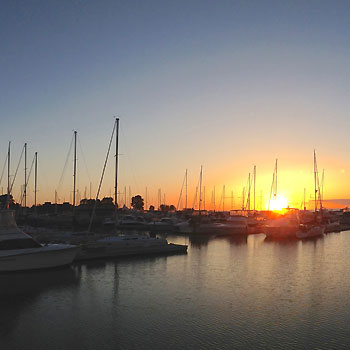 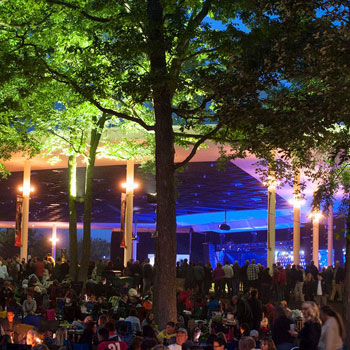 Whether you want to see current chart-toppers, rock legends, rap stars or take in the sounds of Chicago Symphony Orchestra (CSO), Ravinia has something for everyone. CSO's summer residency is at the Highland Park staple.

A thirst or hunger coming on during your ride? Nearby in the Ravinia District in Highland Park is Lake County Libation Trail partner Ravinia Brewing Company, complete with live music and an outdoor beer garden. You can hear the tunes from Ravinia Festival from this brew hub.

The Shanty in Wadsworth is also a delectable option for lunch or dinner. The Food Network eatery featured on "Diners, Drive-ins and Dives," this renowned culinary village was voted "Best of Chicago" and an "Illinois Delicious Destination" The century-old tradition creates locally-sourced, scratch-made American and global-inspired dishes. Order their whiskey shrimp dish, one of the Wadsworth eatery's award-winning cuisines. 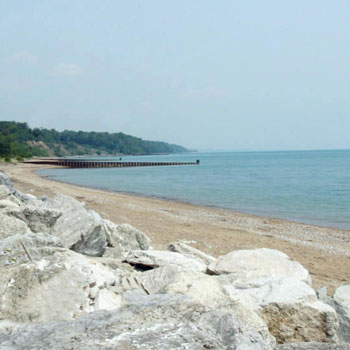 While the land of lakes is home to fully-operational Naval Station Great Lakes, there's also an army base that has been a fixture in the community. Fort Sheridan Forest Preserve in the Highwood, Highland Park and Lake Forest areas is a National Historic Landmark that preserves this army post with breathtaking architecture and a fanfare view of Lake Michigan. . Once a post of the U.S. Army Post named after Civil War Cavalry General Philip Sheridan, the defunct fort located in Highland Park, Highwood and Lake Forest has been closed since 1993. During the 2018 Illinois Bicentennial, Fort Sheridan was selected as one of the Illinois 200 Places by the American Institute of Architects. The army fort was maintained for over 100 years, as it opened in the late 1800s. The Fort Sheridan District is on the U.S. National Register of Historic Places and is a U.S. National Historic Landmark.

Possibly a relative, someone someone you know or even yourself went through boot camp at Great Lakes. Visit the National Museum of the American Sailor to glimpse of what Navy life was like and is today. There might be a traveling exhibit to check out or volunteer recruits to engage with to learn more.

After a busy day and an empty tummy, visit downtown Lake Forest. The Gallery Lake Forest is the epitome of art, innovation of inspiration. Open Wednesday-Saturday, The fine art gallery and restaurant is highlighted by its rotating exhibits, delectable entrées, unique cocktails, a bakeshop and its intimate nightlife vibe. Or visit Francesca's Intimo, renowned for its flavorful and familiar Italian dishes, this nearly 20+-year-old neighborhood institution is going strong. The menu features Rome's zesty, earthy cuisine and the surrounding areas of Tuscany, Umbria, and Lazio. The piattis are highlighted by salads, paninis, seafoods, pizza and various pasta delights, located in the heart of the city’s downtown area. You must try their desserts as they are to die for.

On day two of your expedition, you can rest easy at Illinois Beach Hotel, SpringHill Suites or Hampton Inn & Suites in Waukegan or The Forester in Lake Forest. 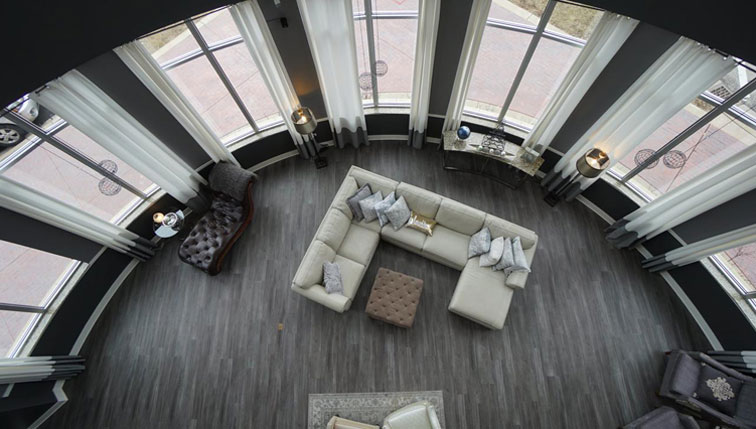 The Inn on Sheridan in Zion 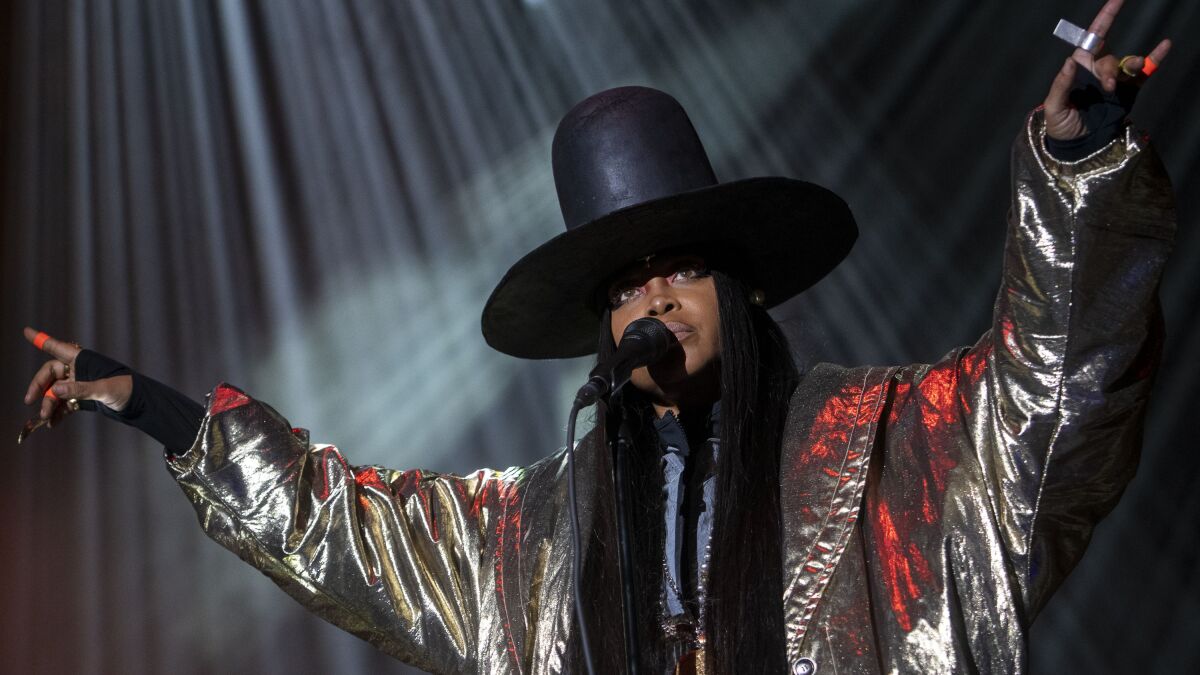