America with Special Guests the Buckinghams 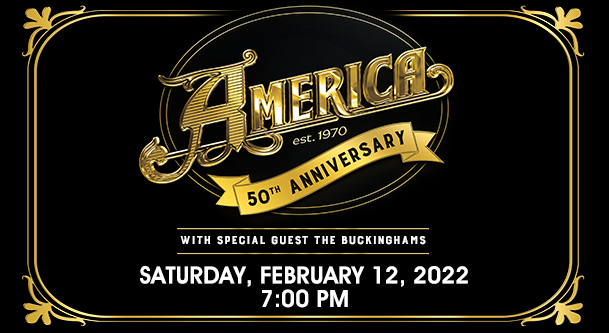 America's breezy, folk-rock sound became an instant hit with fans when it formed in 1970. In 1972, the group's debut album reached the top of the Billboard album chart and went platinum. A year later, the band won the Grammy® Award for Best New Artist. The talented musicians continued to produce a string of hit albums and singles well into the '80s.

Special guest The Buckinghams open the evening with their own impressive collection of songs. Named Billboard's "Most Listened to Band" of 1967, the group amassed 12 hit singles, including five that reached the top 40. With so many great songs, you'll be singing and dancing the night away!