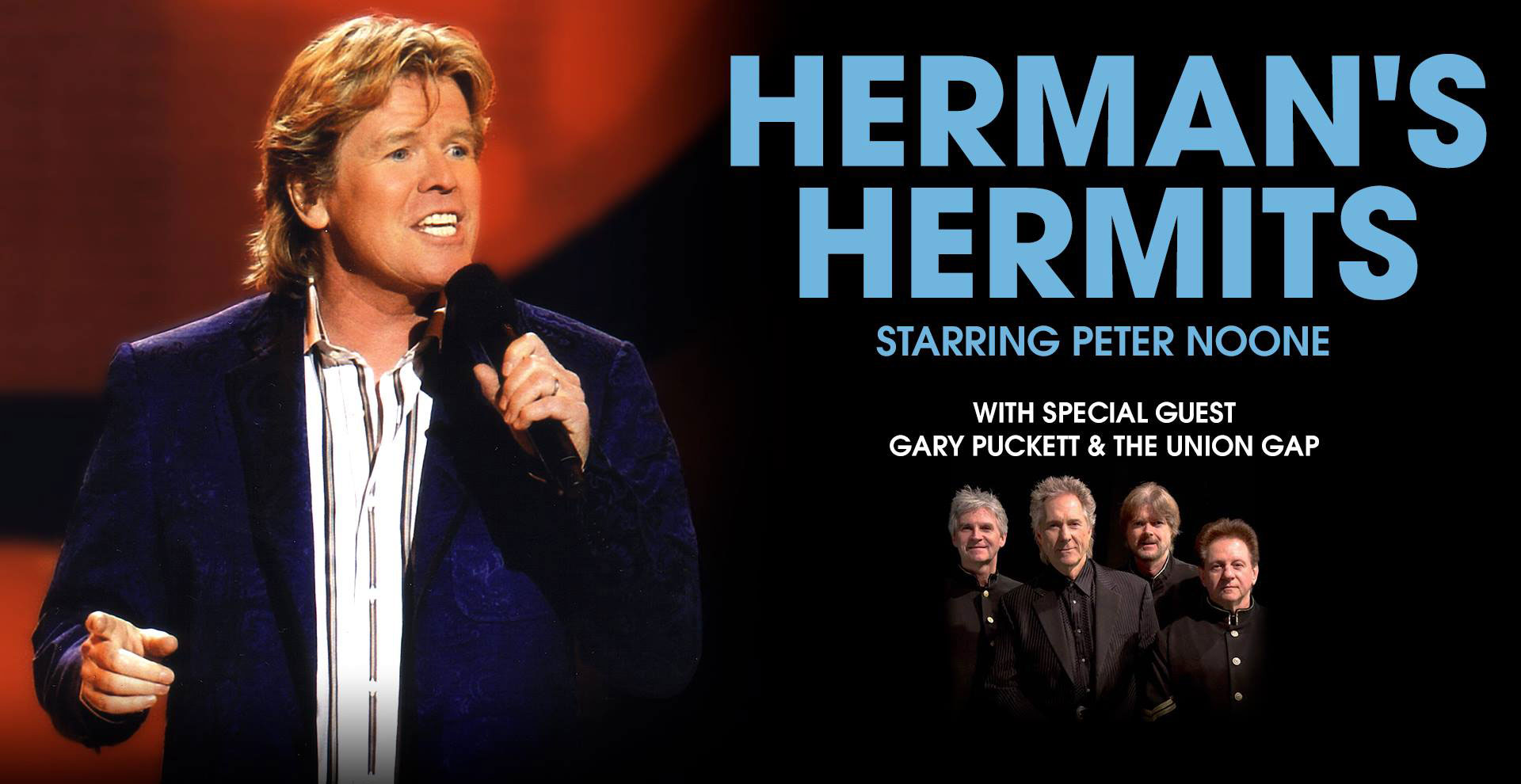 The music of the '60s comes alive as two great groups from the era return to The Genesee. Herman's Hermits made its mark during the "British Invasion" of the mid '60s. The band produced 14 gold singles and seven gold albums, and has sold over 60 million records. Today, original member and lead singer Peter Noone carries on the tradition of the band, performing over 100 concerts a year for his legion of faithful fans known as "Noonatics."

Starting the evening off is Gary Puckett and The Union Gap. The group recorded six consecutive gold records and six top-ten Billboard hits during its heyday. In 1968, the band sold more records than The Beatles!