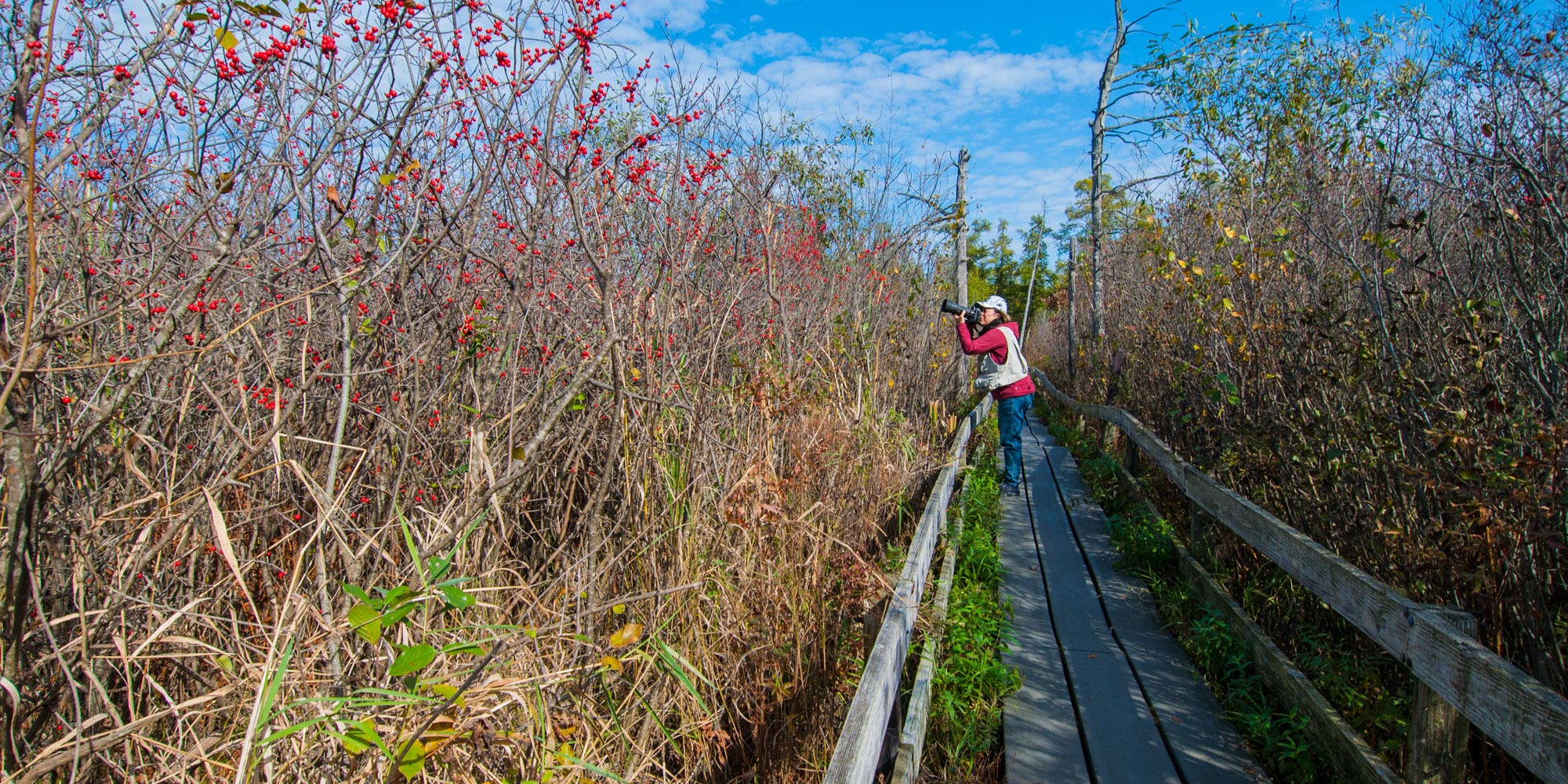 Continue here to view a map of the Top 10 Bird Watching locations.

Ryerson
Ryerson Conservation Area, located in Deerfield, IL, is a quintessential location for birding in Lake County.  Located on the Des Plaines River, it is host to oak forests and open fields.  The best times of the year to bird are in spring and fall, as it is a good place to view migrating passerines.  Many birds nest here as well, including wood thrush, eastern bluebird, and prothonotary warbler.

Rollins Savanna
Rollins Savanna forest preserve in Grayslake, IL has varied habitat and is a great place to bird throughout the year.  Many grassland species can be found here, including bobolink, eastern meadowlark and henslow’s sparrow.  It is also a great place to see migrating ducks and sandpipers.  In the winter, Rollins hosts many raptor species, including northern harrier and short-eared owl.

Middlefork Savanna
Middlefork Savanna forest preserve is a wonderful birding destination. The restored wetland area offers many local specialties, including yellow warbler, red-headed woodpecker, and breeding virginia’s rail.  The preserve has open grassland and a wooded area, which allow for a variety of bird species.

Spring Bluff/North Point
North Point Marina in Winthrop Harbor, IL is a great birding destination, particularly in the fall and winter. The harbor, along with the adjacent Spring Bluff forest preserve, is an excellent place to view wintering species on Lake Michigan, including northern shrike, scoter species, and a plethora of gulls. The annual Gull Frolic takes place at North Point Marina and is a great gathering of birders from all over the Midwest.

Fort Sheridan
Fort Sheridan forest preserve has access to Lake Michigan, ample prairie, and ravines running throughout the preserve. The beach gives great access to shorebirds and rafting ducks on the lake.  The ravine habitat is unique to the great lakes region, and hosts breeding red-headed woodpeckers and tufted titmouse.  During the spring and fall, this preserve is a great place to watch for migrating raptors, and hosts its own hawk watch during the spring and fall.

Lyons Woods
Lyons Woods forest preserve is a great place to bird throughout the year.  It has oak-hickory forests and a large evergreen stand, which give great looks at a variety of birds.  This is a good winter destination, as it draws many wintering finch species.  Look for pine siskin, red-breasted nuthatch, and crossbill species. It is also a great place to see migrating owls.

Independence Grove
Independence Grove forest preserve in Libertyville, IL has a variety of habitat and a large inland lake, making it a great place to go during migration. Ducks, loons, and geese can all be seen on the lake. The preserve also has access to the Des Plaines River, adding to its variety of species.  Breeding birds seen in the preserve include warblering vireo, purple martin, and spotted sandpiper.

Chain O’Lakes / Fox River
The Chain O’ Lakes area is a great place to bird throughout the year. Many water birds can be seen in the chain and along the Fox River, including trumpeter swans, american white pelican, and black tern. Many ducks and songbirds migrate through Chain O’Lakes state park and it is a great place to view sandhill crane and wild turkey. The water stays open along US route 12, which is the most reliable place for bald eagles in the county.

Almond Marsh
Almond Marsh forest preserve is a wonderful place to bird, particularly in the spring and summer.  Many dabbling ducks migrate through this majestic marsh, as well as thousands of swallows.  During the summer, there are breeding populations of double-crested cormorant, great egret, black-crowned night heron, and common moorhen. There is also a very active great blue heron rookery present, giving great views of this majestic bird.

Illinois Beach State Park
Adeline Jay Geo-Karis Illinois Beach State Park is a great place to bird throughout the year. With a large variety of habitat, including wetlands and sand dunes, this park hosts a large variety of species. In the spring, it is a great place for migrant passerines as well as shorebirds and ducks.  A variety of species breed within the park, including grasshopper sparrow and dickscissel. During the fall, the state park has many migrant warblers and a hawk watch to view migrant raptors along the lake. Wintering ducks can often be seen on Lake Michigan, including red-throated loon and scoter species.