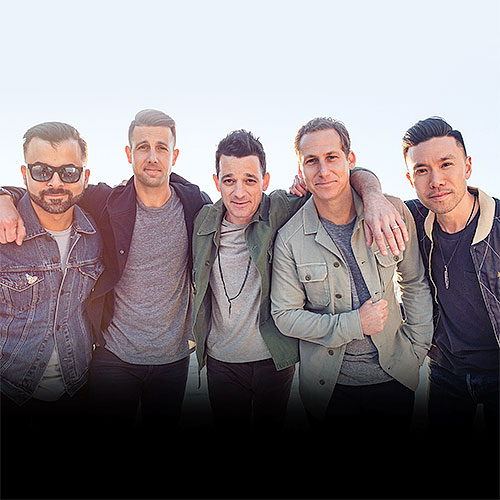 O.A.R. first began to develop their unique sound while in high school in Rockville, Maryland. With three albums under their belt before they finished college, the band began pursuing their musical dreams full time in the summer of 2001. By the end of 2008, the band had released six studio albums and three live double disc CDs. To date O.A.R. has sold close to 2 million albums and more than 2 million concert tickets, including two sold-out shows at New York City's Madison Square Garden and Red Rocks Amphitheater in Colorado.

2016 marked the band’s 20th anniversary with the release of their new album, XX; a career-spanning collection that shines a light on key moments from the band’s illustrious career and features two new songs including the new single “I Go Through” which was written and recorded as the cameras rolled during the captivating six-part docu-series Evolution of a Song. O.A.R. is gearing up to release their ninth studio album, The Mighty, this Spring via RED MUSIC.