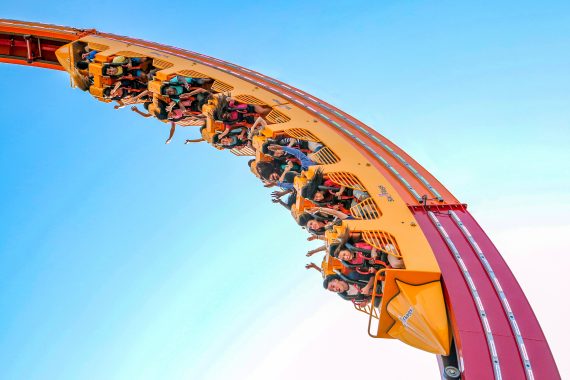 Shortly before Fright Fest presented by SNICKERS kicked off in 2017, the Gurnee amusement park announced a new coaster planned for Six Flags Great America in 2018. The structure is slated to open in the summer of 2018.

The new coaster planned for SFGA is said to be the world's largest loop coaster. The loop ride will not be ready to figure eight by opening day, Saturday, April 21, but you can probably get a glimpse before it opens to the public. If you do, we encourage all riders to snap a shot and post it on their social media with #LetsGoLakeCounty.

The Mardi Gras Hangover will have riders 'feel the force' (unlike a Jedi can) as thrill seekers rock back and forth while climbing higher and higher. The humongous loop will stand at 100 feet tall. 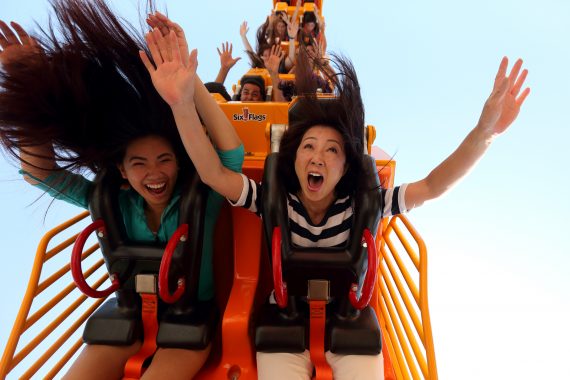 It is noted that the hang time is insane. The ride features 32 face-off style seats (like THE JOKER) while watching fellow riders reactions on the daring coaster and 360-degree revolutions.

This ride will be the lone coaster in the Mardi Gras area. The space for this coaster is where retired ride King Chaos once stood for 13 seasons of operation.

This isn't the Gurnee amusement park's first rodeo with the Guinness Book of World Records. In 2015, the experts who work for the book of feats visited Six Flags Great America to view the credentials of Goliath. After it was said and done, Goliath is officially Guinness Book of World Record certified as the largest, steepest and fastest wooden roller coaster in the world. Continue here to read more about Six Flag's record-breaking day in 2016. 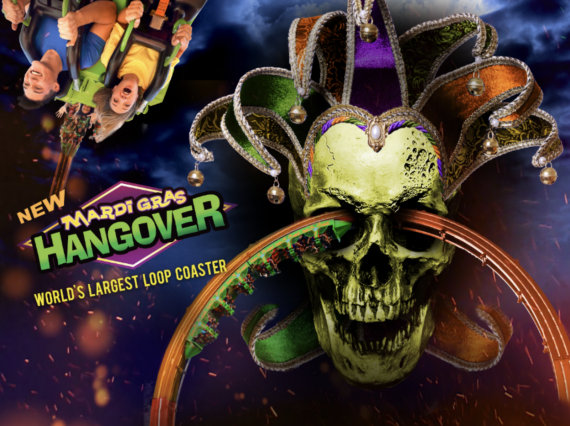 The thrill zone is fresh off of the inaugural season of their villainous themed ride entitled THE JOKER, that added to their list of DC Comic thrill rides.

This is the third-consecutive year that Six Flags Great America as introduced a new ride (JUSTICE LEAGUE opened in 2016).

We will continue updating you on the progress of the soon-to-be world's largest loop coaster, but until then...we suppose you should "Chase the Storm" in 2018.