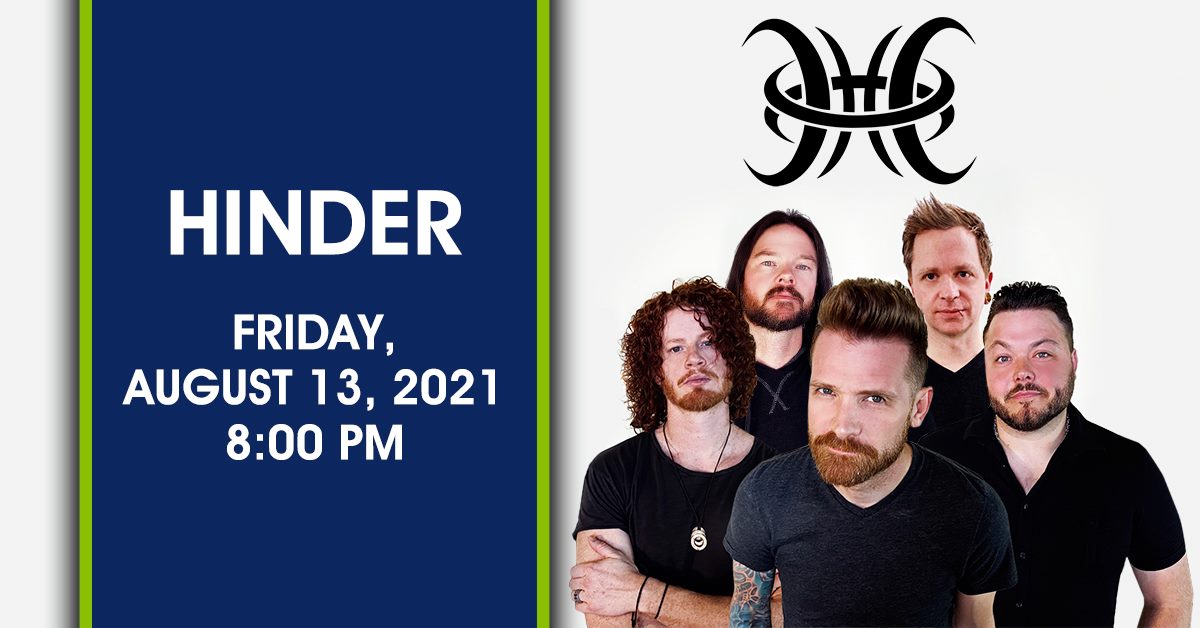 Hinder's reputation as an intense rock band with a fan base to match is evident by its incredible longevity. Since 2001, the group has sold over 4 million albums, including 10 million singles. Shortly after the release of its multi-platinum album Extreme Behavior, the band was inducted into the Oklahoma Music Hall of Fame.
On stage, the quintet doesn't pull any punches, giving audiences the high-energy rock and gritty ballads they crave. Powerful vocals, intense guitar playing and relatable lyrics have helped the band maintain its massive crossover appeal.
With two decades under their belt, nothing will hinder these guys from rocking the house.

For tickets go to Ticketmaster