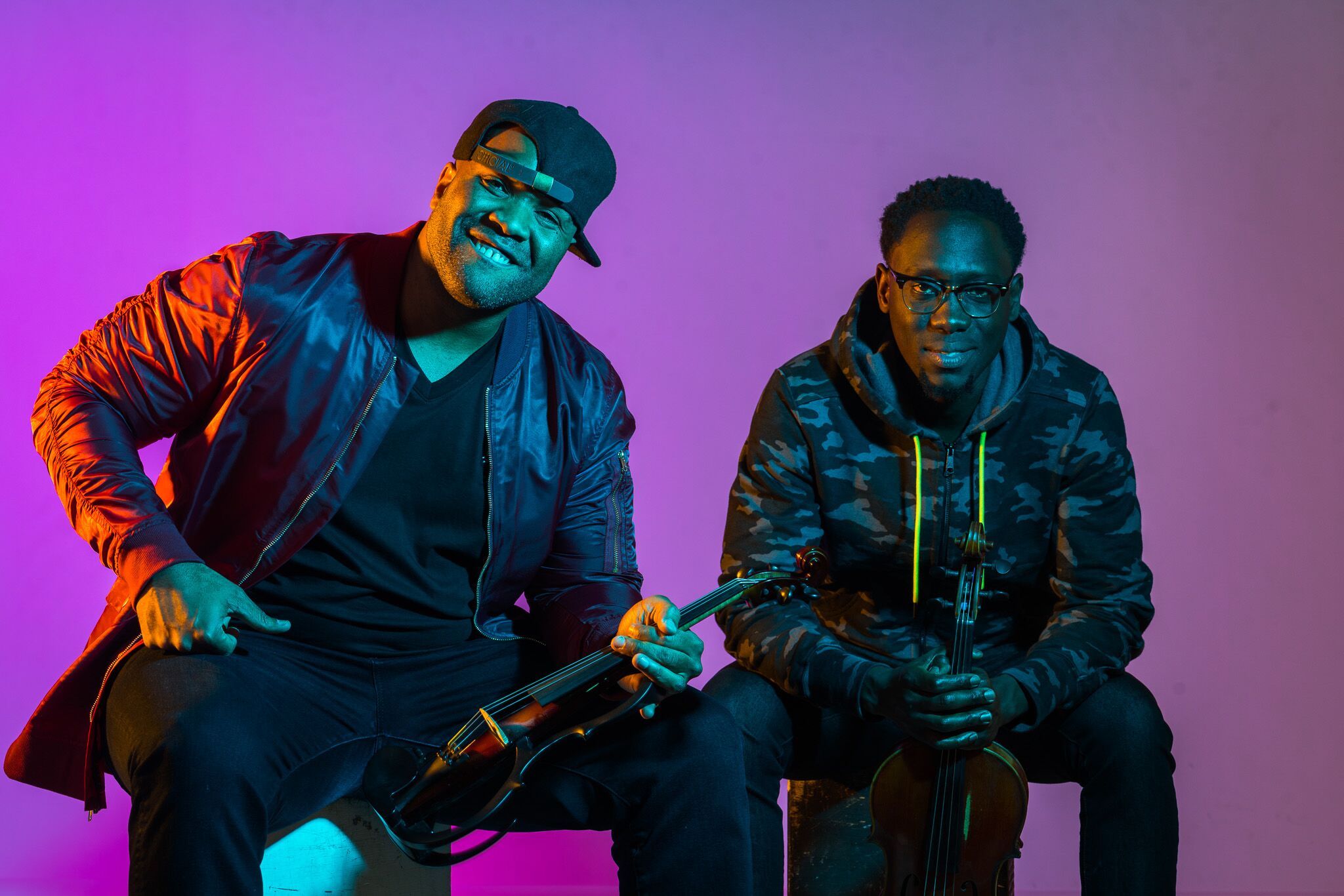 Black Violin is an American hip hop duo from Florida comprising two classically trained string instrumentalists, Kevin Sylvester and Wilner Baptiste, who go by the stage names Kevin Marcus and Wilner Baptiste. Kev Marcus plays the violin, and Wil B. plays the viola. For over a decade, the classical-meets-hip-hop duo has steadily built a devoted following and a diverse touring base culminating in such triumphs as two sold-out shows at the Kennedy Center with the National Symphony Orchestra commemorating the 50th anniversary of Dr. Martin Luther King Jr.’s death while occupying a musical lane that’s entirely its own.

Walt Whitman and the Soul Children of Chicago (SCC) have not “re-invented” themselves beyond recognition but more so refined themselves. After 30 years, their performances are still precise and energetic. Their sound is powerful, magnetic, inspirational, and their reach remains international. As they continue to mature with perfection, they expand their platform to accept the challenge of meeting the spiritual needs of this generation by addressing honest, everyday issues that children, teens, and adults encounter.

The Blind Boys of Alabama, is an American gospel group. The group was founded in 1939 in Talladega, Alabama and has featured a changing roster of musicians over its history, the majority of whom are or were visually impaired. The Blind Boys found mainstream success following their appearance in the 1983 Obie Award-winning musical The Gospel at Colonus. Since then, the group has toured internationally and has performed and recorded with such artists as Prince, Lou Reed, Peter Gabriel, Bonnie Raitt, Ben Harper, Bon Iver and Amadou & Mariam. The group's cover of the Tom Waits song "Way Down in the Hole" was used as the theme song for the first season of the HBO series The Wire.