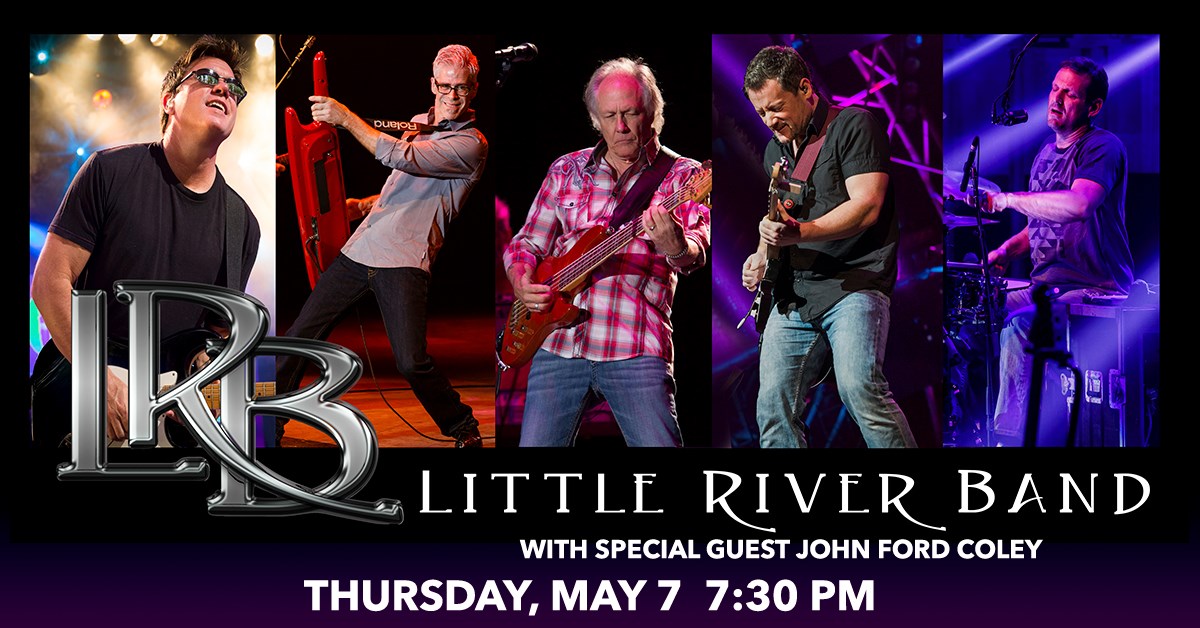 Little River Band returns to The Genesee armed with an arsenal of memorable songs, superb musicianship and fantastic harmonies. During the '70s and '80s, the award-winning group produced a string of gold and platinum albums that generated 13 Top 40 hits, six of which climbed into the Billboard Top 10.

For 10 years, its smooth melodies and unforgettable lyrics saturated the FM airwaves. In 1978 alone, the band from Down Under was nominated for 14 Australian Rock Music Awards, winning the prize eight times. In 2004, the group was inducted into the Australian Recording Industry Association Hall of Fame.

Special guest John Ford Coley made his mark as half of the legendary soft rock duo England Dan and John Ford Coley. The singer/songwriter opens the evening with unforgettable songs from the duo's heyday plus new selections from his solo career.

Sit back, relax and reminisce to some of the best